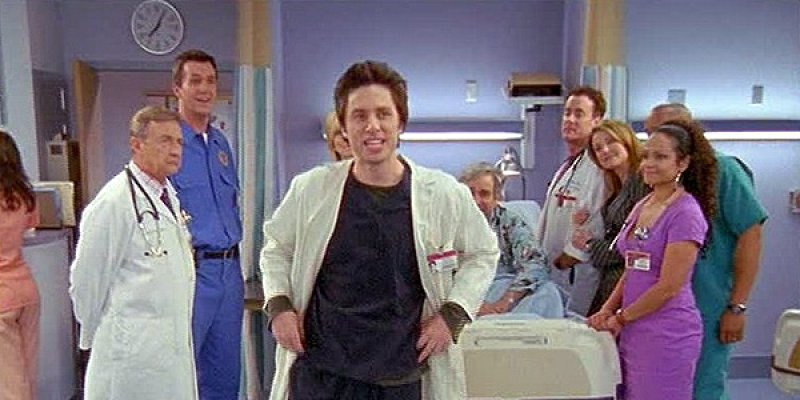 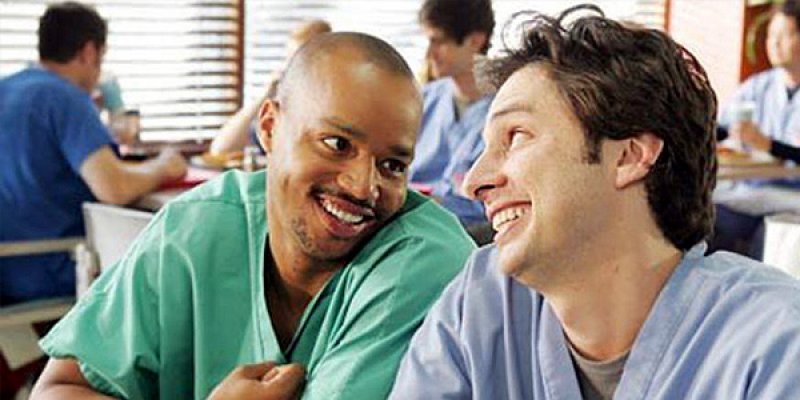 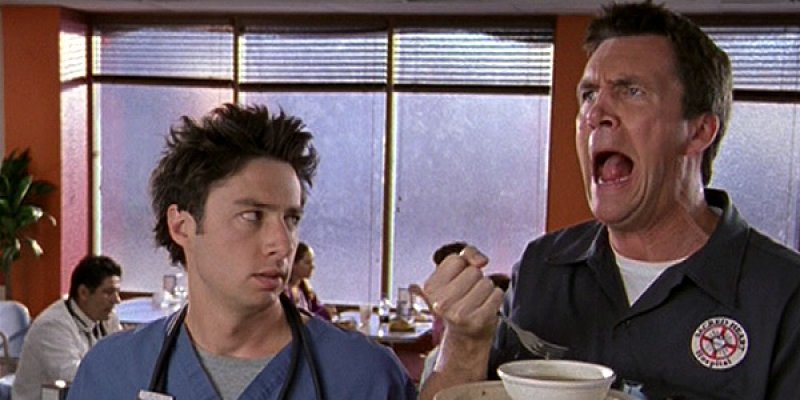 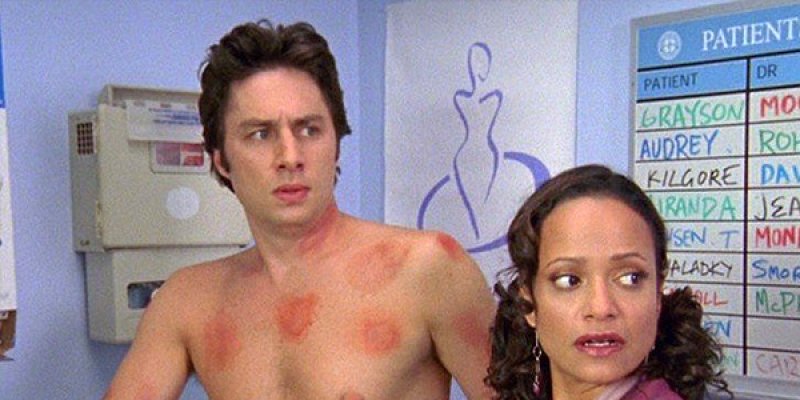 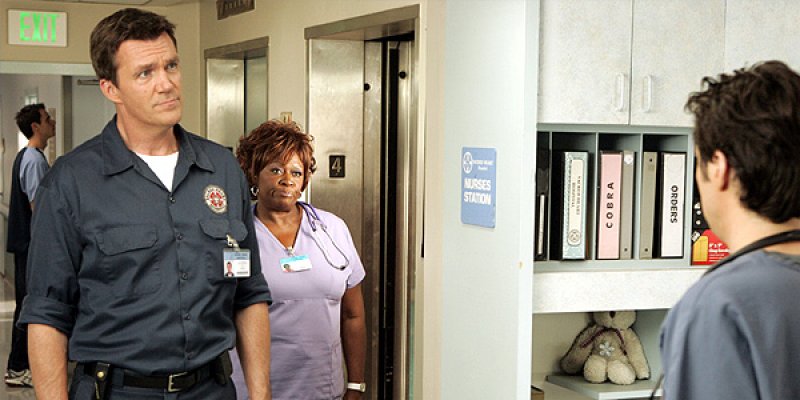 Doctors, nurses and rest of the Sacred Heart Hospital staff is a mixture of stories full of wacky humour, surreal elements, but also serious problems and personal dramas.

There are mixed reactions to this series - it’s easy to get hooked and watch it with pleasure, but Scrubs isn’t great comedy series (at least not for everyone). The stories usually are relaxing and fun to watch, but very rarely funny.

The childish humour from JD and Turk worked for some time, the cynical Dr Cox was funny for some time, but after a while it’s a little bit too predictible. Still they managed to keep the audience, but it just wasn’t as fresh as it was at the beginning. Also during later seasons creators were trying to put more emphasis on relations, parenting and other things that didn’t really match the wacky outlook of the series which was slightly similiar to some episodes of MASH.

Althought the chemistry is good, cast was good, the plots were often repeated and there weren’t enough good gags or funny moments for Scrubs to become classic. Also the idea for season 9 (some characters dropped, completely different approach) was a huge mistake.