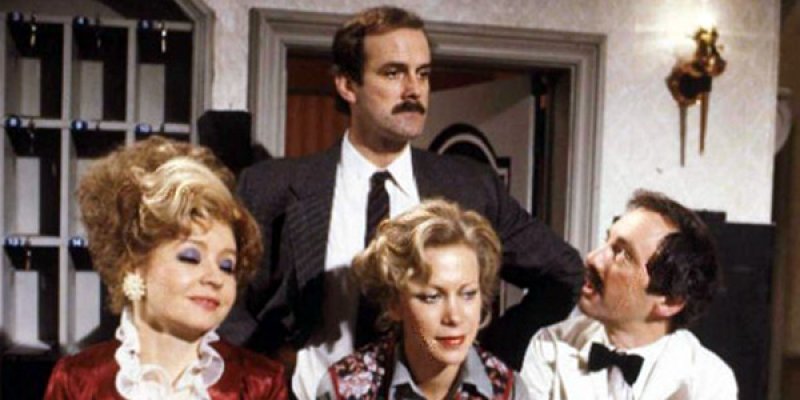 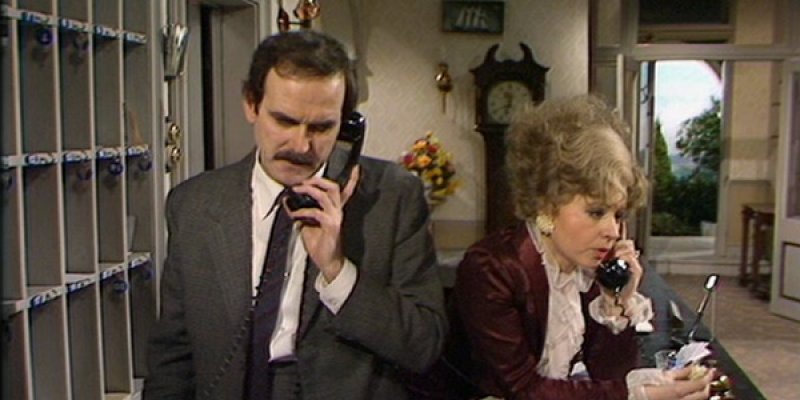 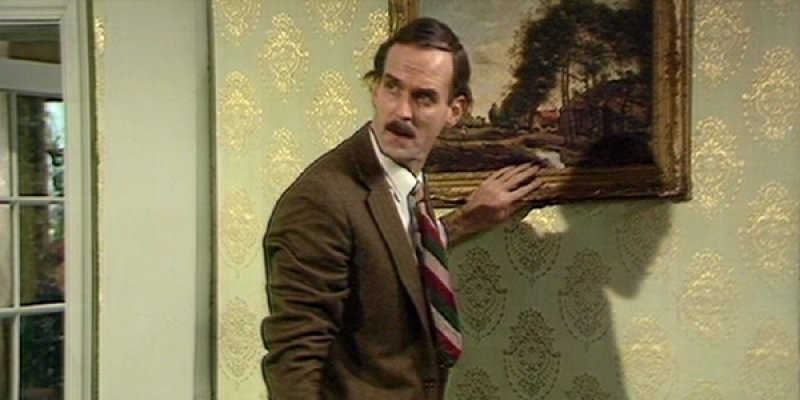 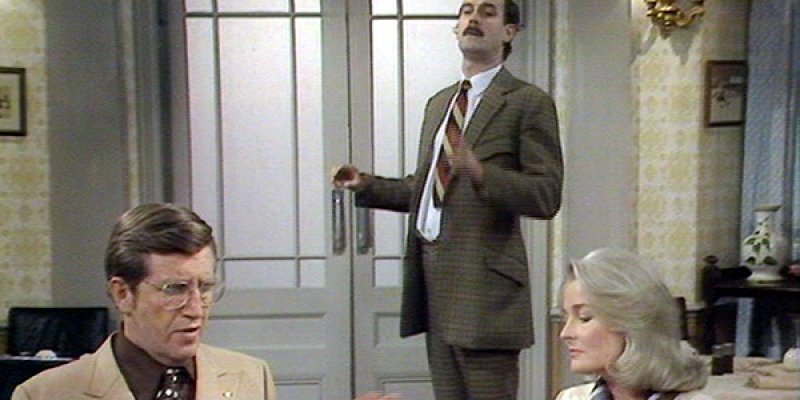 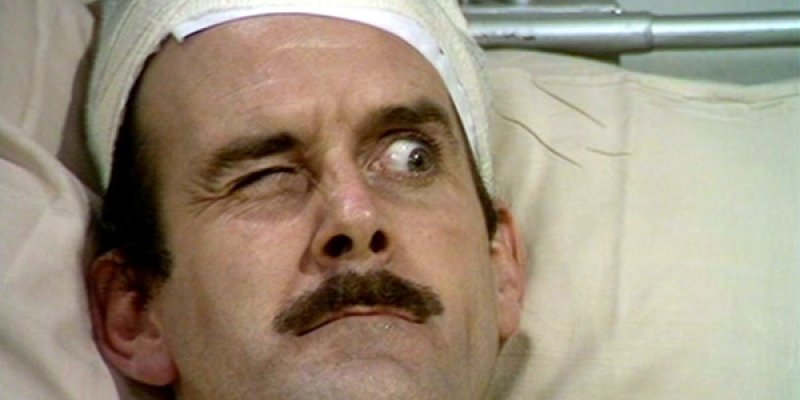 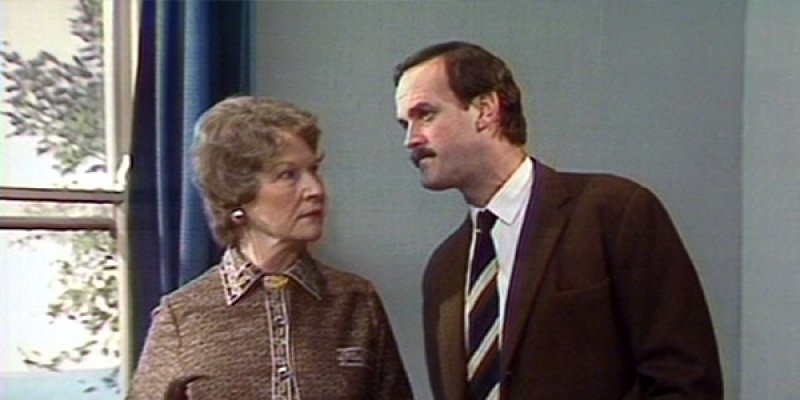 Small hotel in Torquay runned by Basil Fawlty, who is unhappily married, hates his job, hates his customers and hates being in hotel business. Not to mention he does not know a single thing about consumer satisfaction.

One of the best comedy series ever, created by John Cleese and his wife at the time Connie Booth. Perfect mix between gags and physical comedy from Cleese and Sachs. Funny plots executed by magnificent cast still are a model of comedy series.